Stand Up for Culture NOT Costume 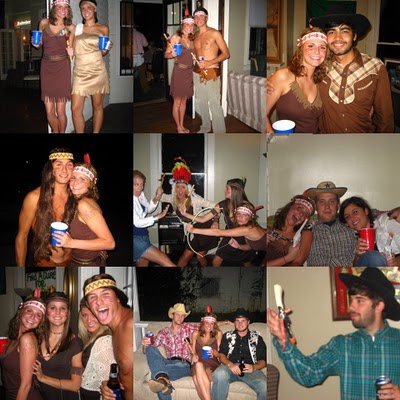 Will YOU join the #cultureNOTcostume movement? Will you let the world know that you have learned, you have listened and you care about respecting other cultures? Scroll down to see how you can take action!

‘Tis the season for Halloween parties, homecoming celebrations and sporting events at schools across the nation. Sometimes, those events have ethnic themes or mascots.

The recent debate about the Washington DC football team’s name has brought national attention to the issue of “cultural appropriations,” but also has left many people confused about what is or is NOT acceptable conduct.

In a nutshell, it is the use of icons, rituals, aesthetic standards, regalia, or behavior from one culture by another. The person appropriating often has no knowledge of the significance of the icons or regalia or any understanding of the significance or history behind the cultural traditions.

The appropriation turns a culturally significant artifact or practice into a meaningless pop culture symbol — very different from its cultural meaning or significance.

Where and Why Does This Happen?

Cultural appropriations usually involve the misuse of culturally significant icons and rituals of minority groups by those who are not minority group members — the practice is rooted in the concepts of  imperialism, capitalism, oppression and assimilation…..

WOW… that’s a long list of pretty ugly reasons, and surely, not all apply to all cultural appropriations, but, its food for thought. If you want to learn more then please check out what an author had to say at this Link and review the many discussions on Native Appropriations.

Who is HURT by Cultural Appropriations?

Cultural appropriators treat aspects of another culture as free for the taking. Some of the most glaring examples of cultural appropriations involve American Indians, whose sacred rituals and ceremonial regalia tend to be used as pop culture icons at Halloween parties, sporting events, day camps and almost everywhere you look (trust us: if you’re looking for it, then you will find it… just search Google Images for “Native American costumes” and you’ll find pages of examples).

Read why Native Appropriations, one of the most diligent appropriations watchdogs believes that holding a Cowboy and Indian party is just as bad as having a blackface party.

Jacqueline Pata, the Executive Director of the National Congress of American Indians (the oldest and most respected American Indian and Alaska Native organization that advocates on behalf of the broad political interests of tribal governments), recently said: “Having your culture belittled confirms to Indian students that they have to choose to be Native [and disrespected] or non-Native [and accepted].”

But I Grew Up Playing Cowboys and Indians: Why was it OK then but not now?

It wasn’t OK then, but you probably did not realize it… As others have explained, it’s complicated.

Our former intern, Maggie Callan, looked back at her favorite childhood video, Disney’s Peter Pan.  Watching Peter’s dialogue with American Indians, the song “What Makes the Red Man Red” and the film’s depiction of “Tiger Lilly,” she concluded that “growing accustomed to such dangerously racist portrayals of American Indians in childhood necessarily affects the way one will view them in adulthood. Generations have danced around like “injuns,” donned ceremonial headdresses, and minimized the cultural values of American Indians, in part, because they were desensitized to the negative stereotypes promoted through this kind of popular culture.”

Substitute other ethnic groups into the roles of American Indians in the media, fashion and popular culture and the result is scandalous, but when American Indians are disparaged and culture is appropriated, they are told to “get over it.”

Stand Up for Respecting Cultures and Sign THE PLEDGE:

Be counted in the #cultureNOTcostume movement.

#StandUP individually, as a club, a student organization or an entire school — let us know how many people are #StandingUP with you so we can include them in the count!

Other Things YOU can DO:

Although at Lakota Children’s Enrichment our primary emphasis is to promote respect for American Indian culture and heritage, please respect the same guidelines for other cultures as you shop for Halloween costumes or other items. And TELL US what YOU are doing to be PART of a more accepting future!