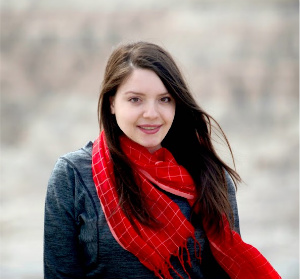 As a High School student Maggie Dunne witnessed the poverty, inequality and disadvantage faced by Lakota youth on the Pine Ridge Reservation in SD, and was moved to establish Lakota Children’s Enrichment, Inc.

Lakota Children’s Enrichment, Inc. is a for purpose nonprofit that empowers youth on the Pine Ridge Reservation in South Dakota through opportunities in the arts, education, sports, leadership and mentorship. Maggie has worked in the Pine Ridge community for over nine and a half years and has built partnerships across the Reservation with schools, community organizations, a Youth Advisory Board and parent volunteers. LCE engages a global VolunTEAM, which participates in projects to support youth on Pine Ridge. On July 12, 2017, after almost nine and a half years of service to the Oglala Lakota Nation Maggie Dunne resigned from her leadership role in the day-to-day operations of LCE to pursue graduate studies at MIT, and assumed the non-executive position of Chair of the Board.

In 2015, Maggie accepted a position on the Board of Trustees for Colgate University, the institution’s governing board. She is a member of the Leadership Council of Convergence Center for Policy Resolution and is on the Board of New York Chapter of RFK Young Leaders. Maggie previously worked as a grant writer for Pueblo de Cochiti Tribal Council, and as an international research intern in the office of Muhammad Yunus at Grameen Bank in Dhaka, Bangladesh.

Maggie has received national awards for her service including: 2016’s List of 30 Under 30 in Education by Forbes Magazine;  2015 American Express Next Generation (NGen) Fellowship from the Independent Sector;  2015 Harlequin Books More Than Words Award;  2014 Ariane de Rothschild Fellowship; 2014 Woman of Achievement Award from Tri-Delta National Sorority; 2014 President’s Call to Service Award from President Barack Obama; 2014 Opportunity Collaboration Cordes Fellowship; the 2012 Grand Prize in Glamour Magazine’s Top Ten College Women; and 2012 Newman Civic Fellow by Campus Compact. In addition, Maggie was named a 2013 Next Generation Leader by the Women in the World Foundation and was twice awarded Critical Language Scholarships from the U.S. Department of State to study Bengali.

Maggie is an advocate for indigenous communities globally and is a frequent public speaker.

Maggie has spoken at: The White House United State of Women Summit, Nexus Global Youth Summits (United Nations and on Capitol Hill), the Millennium Campus Conference, Colgate University, Cornell College, New York University, Rotary Clubs, religious institutions, and many public and private schools. Her written work has been published in the New York Times, Forbes and the Daily Beast (Women in the World).

When asked how she decided to direct her energies towards helping the Lakota on the Pine Ridge Reservation Maggie recently said:

“I learned all that I could and felt compelled to take action… I could not understand why I never heard of the problems on Reservations and why I had not studied the history of our first Americans in school… the cause chose me.”

See our Press Page for Articles about and Interviews with Maggie; See our Quotables Page for Reviews.