We did it! Another awe-inspiring TEDxYouth@DinosaurPark! 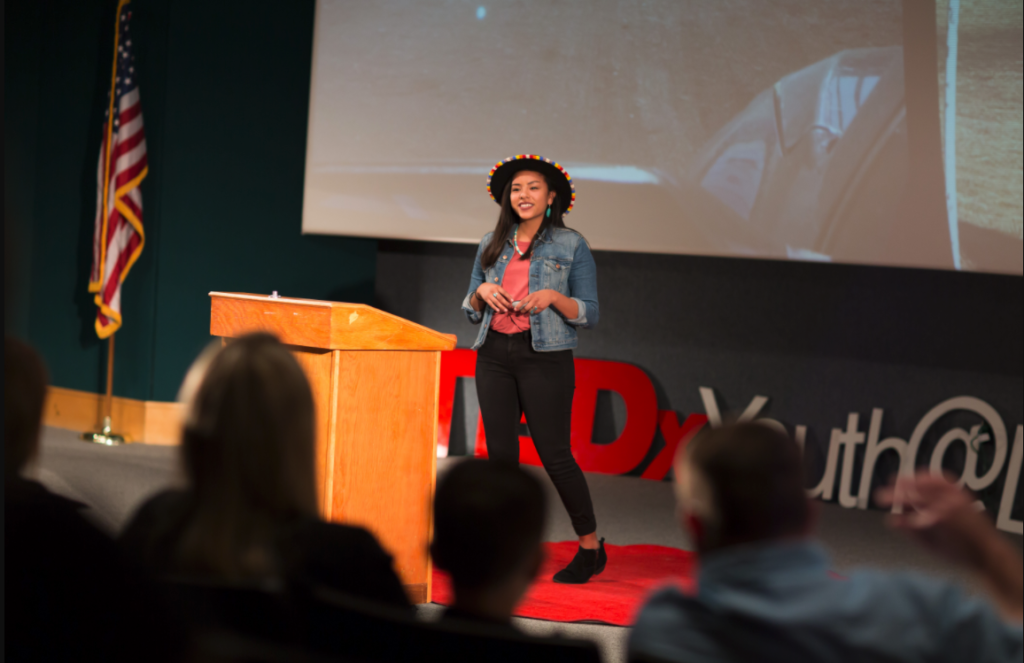 In 2016 LCE Founder Maggie Dunne applied for a TED license to produce the first ever TEDxYouth event in Rapid City, South Dakota. In 2016 and again in October, 2017, LCE was the lead sponsor of TEDxYouth@DinosaurPark!

The 2017 TEDxYouth event brought Non-Native and Lakota communities from the Pine Ridge and Rosebud Reservations together in a collaborative educational environment at the Journey Museum and Learning Center in Rapid City, South Dakota on Saturday, October 14, 2017. There were more than 60 attendees including youth and families of all ages, who celebrated 5 speakers and one performer.

The event showcased these three young Lakota Women: Lily Tamayo, Marisa Snider and Wiyaka Little Spotted Horse. Additionally, Non-Native speakers with strong ties to South Dakota included:  Artists Nayana, Alice Liou and Jared Narlock. The speakers talked about a range of topics such as ageism, Indigenous Rising Movements, and how to save rhinos from poaching.

Janet Whiting, LCE board member who attended the event said, “The talks were beautiful and even though it was unintentional, it felt as though there was a strain of finding perseverance in each speaker’s topic.”

Twenty Lakota youth and adult volunteers helped put the whole event together. Many of the youth volunteers were super-inspired after the event and said they can not wait for next year!

TEDxYouth@DinosaurPark would not have been possible without the incredible amount of support it received from the Rapid City community and its incredible line-up of sponsors!

Wopila Tanka (THANK YOU VERY MUCH) to: 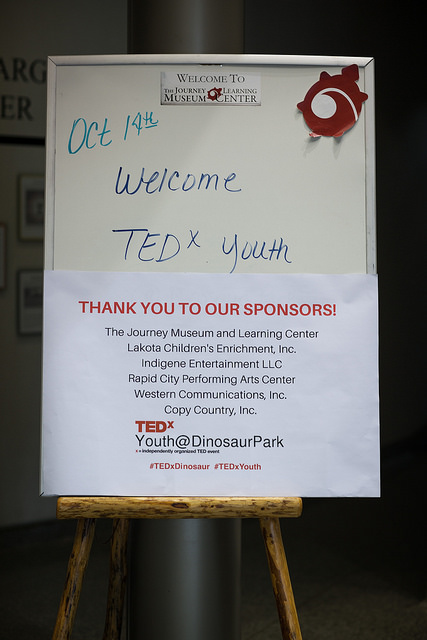 WOPILA TANKA to our sponsors!

In addition, LCE Executive Director Autumn White Eyes and LCE Director Cindy Dunne, worked hard coaching each of the speakers in the weeks leading up to the event to ensure that their talks were top flight!

Our official event photographer and videographer, Indigene Entertainment LLC is working diligently to get the videos edited so that they can be shared widely. In the meantime, we invite our followers, supporters, and allies to check out the photos taken at the event by following this link: http://bit.ly/TEDxYouthDinosaurPark2017

Thank you to our sponsors and all of our team members for making the event possible. If you are interested in sponsoring this event for next year please contact us at info@lakotachildren.org or at TEDxYouthDinosaurPark@gmail.com

In the spirit of ideas worth spreading, TED has a program called TEDx, which consists of local, independently organized events that bring people together to share a TED-like experience. TED provides general guidance for the TEDx program. Learn more about TEDx HERE. 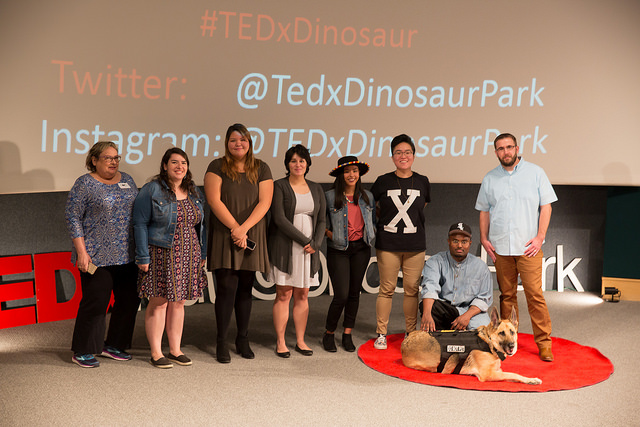 Our speakers and speaking coaches did a great job!