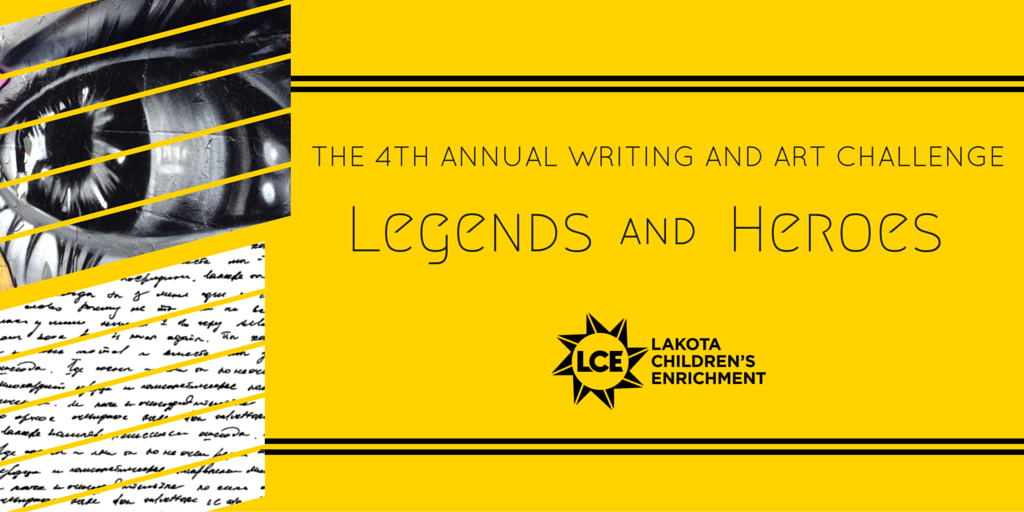 Check out the Official Rules, print out a Flyer and then start writing and/or drawing. Deadline for the Art and Writing challenge is May 20, 2016 by Electronic Submission or email to info@lakotachildren.org

Please note that the deadline has been extended to May 20, 2016

Speaking of Legends and Heroes… In alphabetical order, the Judges Are: 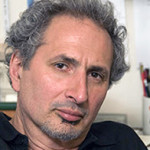 Peter Balakian is a poet and nonfiction writer, and is the Donald M. and Constance H. Rebar Professor of the Humanities in the department of English and the Director of Creative Writing at Colgate University in Hamilton, NY.  This is Peter’s fourth year serving as a judge for the Writing Challenge.

Balakian is the recipient of many awards and prizes and civic citations, including the Alice and Clifford Spendlove Prize in Social Justice, Diplomacy and Tolerance, 2012; a Guggenheim Fellowship, a National Endowment for the Arts Fellowship. Balakian’s work has been translated into many languages and he has appeared widely on national television and radio programs including 60 Minutes, ABC World News Tonight, Charlie Rose, and Fresh Air. 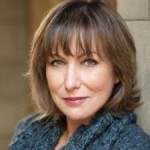 Susanne Pari is an Iranian-American journalist and author of The Fortune Catcher, a novel that explores multicultural identity and religious fundamentalism during the aftermath of the Iranian Revolution; it has been translated into six languages. This is Susanne’s fourth year serving as a judge in the Writing Challenge.

Susanne’s non-fiction pieces have appeared in The New York Times Sunday Magazine, The Christian Science Monitor, The Boston Globe, The San Francisco Chronicle, National Public Radio, and Medium. She was the Program Director for the 25 literary salons of Book Group Expo, teaches writing for the Afghan Women’s Writing Project, and is a judge for The California Center for the Book’s Letters About Literature Contest.  Pari is a member of the National Book Critics Circle and The San Francisco Writers’ Grotto.

Pari frequently speaks and writes on issues of immigration, religious fundamentalism, women’s rights and American identity. As a speaker, Pari has conducted interviews, panel discussions, and conversations with authors such as Amy Tan, Khaled Hosseini, Anna Quindlen, Ayaan Hirsi Ali, and others.  Susanne is a member of LCE’s Board of Directors. 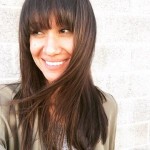 Megan Red Shirt-Shaw is an enrolled member of the Oglala Sioux tribe. She earned her bachelors degree from the University of Pennsylvania in English with a Creative Writing focus and has been a contributing writer on the Huffington Post Blog, Racialicious, ThinkProgress, Native Sun News, Model View Culture & Last Real Indians. She currently works as an Assistant Director of Undergraduate Admission at Santa Clara University and is the founder of NativesInAmerica.com. Megan will attend a graduate program in Education at Harvard University in the Fall of 2016. Megan’s favorite phrase her mother ever taught her in Lakota is “Weksuye, Ciksuye, Miksuye” meaning “I remember, I remember you, Remember me.” 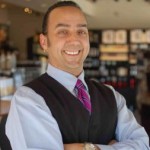 Vincent Schilling is an award-winning Native American author and producer and photojournalist as well as a public speaker who has traveled across the United States and Canada.

Vincent Schilling (Akwesasne Mohawk) was recently promoted to Arts and Entertainment, Sports and Pow Wows editor at Indian Country Today Media Network. In addition, he is the Executive Vice President and co-owner of Schilling Media, Inc. a Native American owned Media and Media Relations Corporation, and the host of Native Trailblazers, an online indigenous radio program which airs every Friday at 7 P.M. Eastern Standard Time. In 2011, Native Trailblazers was nominated for an Aboriginal People’s Choice Music Award for “Best Aboriginal Music Radio Station/Program” and is the three-time winner of the Silver Arrow award from Spirit Wind Records for outstanding contributions to Native American Music.

In 2011, Vincent received a human rights award in the city of Virginia Beach for the programs he created addressing Native American issues in the Hampton Roads region. He has published numerous books that profile Native Americans and their achievements. 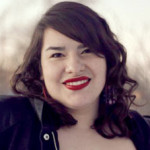 Autumn White Eyes is Oglala Lakota and Turtle Mountain Ojibwe, and grew up in the Pine Ridge Reservation. She attended Red Cloud Indian School for her primary Education, and received a prestigious Bill and Melinda Gates Scholarship, which she used to pursue a BA at Dartmouth College where she double majored in Native American Studies and English (with a concentration in Creative Writing).  Autumn is passionate about writing and using her voice to speak out against injustice, particularly when it affects Native American communities. She was the Young Adult Grand Prize Winner of Lakota Children’s Enrichment’s 2014 Writing Contest with her Spoken Word piece entitled, “Mitakuye Oyasin,” Lakota for We are All Related.

Currently, Autumn works for the Big Sister Association of Greater Boston, focusing on issues of girl empowerment and a providing support to female mentors and mentees. Recently, Autumn was part of the Last Stand Mixtape, a coalition of hip-hop and spoken word artists who shared their music with native youth. She will enter a graduate program in Education at Harvard University in the Fall of 2016. This is Autumn’s second time judging LCE’s Writing Challenge. 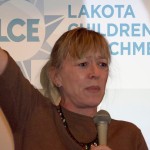 Nobel Laureate Jody Williams received the Nobel Peace Prize, for her work to ban landmines through the International Campaign to Ban Landmines (ICBL), which shared the Peace Prize with her in 1997.  Williams served as chief strategist and spokesperson for the ICBL as it achieved its goal of an international treaty banning antipersonnel landmines during a diplomatic conference held in Oslo in September 1997.  Williams is an advocate for freedom, self-determination and human and civil rights who believes that working for peace requires persistence and a commitment to sustainable peace, built on environmental justice and meeting the basic needs of the majority of people on our planet.  In 2006, Williams co-founded the Nobel Women’s Initiative, which uses the prestige of women Nobel Laureates to support and amplify the efforts of women around the world working for sustainable peace with justice and equality.

Williams is the Sam and Cele Keeper Endowed Professor in Peace and Social Justice at the Graduate College of Social Work at the University of Houston.  In academic year 2012-2013, she became the inaugural Jane Addams Distinguished Visiting Fellow in Social Justice at the University of Illinois at Chicago.  Her memoir, My Name is Jody Williams: A Vermont Girl’s Winding Path to the Nobel Peace Prize, was released in early 2013. This is Jody’s third year as a Judge in LCE’s Writing Challenge. 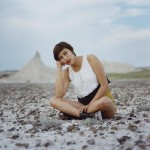 Juliana Brown Eyes-Clifford is an artist, model, photographer, baker, gardener and –last but not least –the bassist and Co-Founder of Scatter Their Own, Pine Ridge’s home grown rock band that combines social messages with original music. Juliana took home the Grand Prize in LCE’s Art Challenge last year (when the theme was “We Are Here”) with her amazing depiction of Unci Maka, or Grandmother Earth. We welcome her this year as a Judge for the Art Challenge.

Juliana is a role model for all young people and has spoken at LCE’s Youth Summits about strategies for health, wellness and rising above negativity. 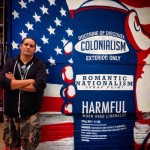 Artist and activist Gregg Deal has become one of the nation’s leading native art activists, and will return this year to judge LCE’s Art Challenge.

Gregg is a member of the Pyramid Lake Paiute tribe and uses art as a means to create a social impact and to illustrate a message. His work is featured among the Honor the Treaties collection, and is on display at venues, cities and is seen on murals across the country. 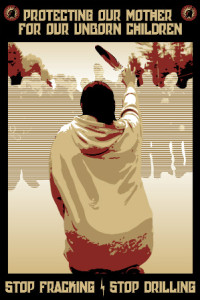 There is almost no issue facing America’s first peoples that Gregg has not taken on with his artwork. His work combines creativity with expression and opinion, and sparks controversy and conversations. He has tackled football names, the protection of Grandmother Earth, cultural appropriation, colonialism and many other issues.

Gregg heard of our art challenge two years and sent the entrants a quick video note, congratulating them for entering and for believing in themselves. This year, we are proud to welcome him back for the second year in a row as a judge for the art entries!

Gregg is based in Washington DC and has presented at the National Museum of American Indians and around the world and is the recipient of numerous awards and grants. 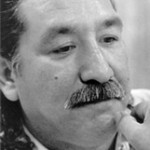 We welcome activist and artist Leonard Peltier (Anishinabe/Dakota/Lakota), originally from the Turtle Mountain Reservation, to the Art Judging panel this year.

Leonard has served more than forty years in federal prison for his role in a violent confrontation that broke out in Oglala in 1975 — an incident that involved many people from inside and outside the community and resulted in the deaths of two FBI Agents and one American Indian. Leonard’s legal case is viewed by many legal scholars, humanitarians and civil rights groups around the world as emblematic of the prejudices and injustices facing American Indians in the 1960s and 1970s, and the unequal treatment they often received.

Over the four decades he has spent in prison, Leonard has become a well-respected artist. Leonard’s artwork has been widely acclaimed for its celebration of native cultures and for its colorful depictions of community. Leonard was one of the original members of the American Indian Movement, and remains a strong advocate for the survival and celebration of indigenous cultures.

INSPIRE THEM WITH YOUR MESSAGE

Click HERE for a FLYER with all the details