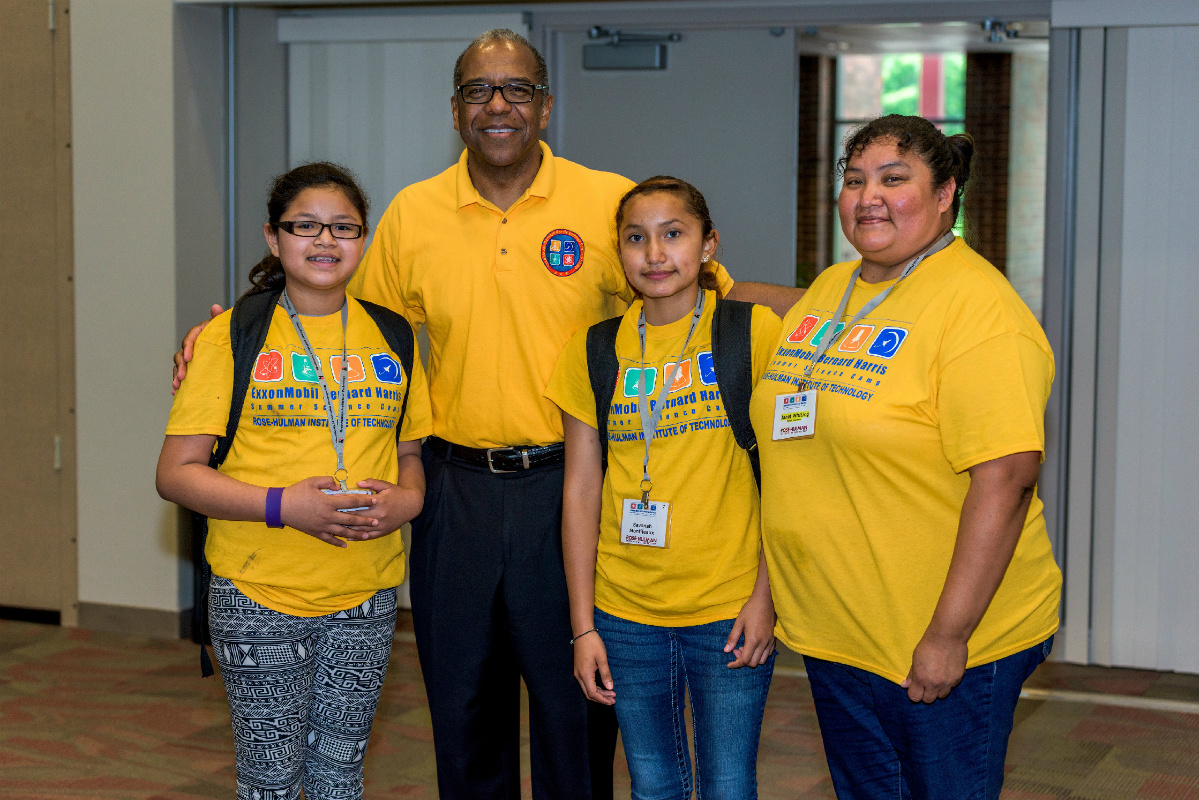 Below is content from a press release issued today the Rose-Hulman Institute of Technology in Indiana, about a STEM Camp attended by Lakota Children’s Enrichment Youth Board members Savanah Jo Montileaux and Jetta Tobacco, from the Pine Ridge Reservation. They were accompanied on the trip by Savanah’s mother, Janet Whiting, who was hired as a counselor and a chaperone for the camp. LCE partnered with Rose-Hulman in the selection process to make this opportunity available to two students from the Pine Ridge Reservation, and to recruit a counselor from the community, to ensure an easy transition for the students’ trip away from home.

We are SO PROUD of Savanah and Jetta — we hear they are taking advantage of every single opportunity to learn!

We are grateful for the partnership and the support of the Rose-Hulman Team that worked with LCE to make this experience a reality! We are also grateful to the Bernard Harris and Exxon-Mobile Foundations for funding the counselor position and two camper positions for students from the Pine Ridge Reservation.

A report from the Rose-Hulman Press Office:

Middle School students Savanah Jo Montileaux and Jetta Tobacco learned about traveling in outer space from a man who has done it twice.

At a two-week science camp in Indiana, Montileaux and Tobacco met Bernard Harris, a medical doctor and former NASA astronaut who has logged more than 7 million miles in space in two different space missions. In 1995, Harris became the first African-American to walk in space. 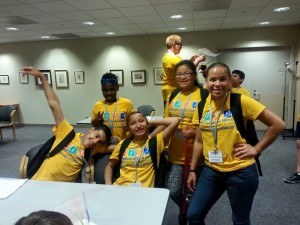 Both Savanah and Jetta were on winning teams for the Mars Lander competition!

“I liked meeting him because he went to space and I think that’s very cool,” said Montileaux after meeting Harris at the ExxonMobil Bernard Harris Summer Science Camp at Rose-Hulman Institute of Technology in Terre Haute, Indiana. “It was really cool” meeting Harris, agreed Tobacco.

Montileaux and Tobacco, both age 12, were among more than 40 middle school students attending the camp, which is designed for kids from groups that are underrepresented in science, technology, engineering, and math (STEM) fields.

Most of the students at the Rose-Hulman ExxonMobil camp are from Indiana. Tobacco and Montileaux definitely came the greatest distance to attend.

Lakota Children’s Enrichment partnered with Rose-Hulman in the competitive selection process that brought the student’s to the camp. The organization also helped cover some of the students’ expenses.

“I’m glad this was their first experience away from home,” said Janet Whiting, Savanah Jo’s mother, a senior counselor at the camp. Whiting is a member of Lakota Children’s Enrichment’s Advisory Board.

Tobacco said her favorite part of the camp is learning about orthopedic biomechanics from Christine Buckley. Buckley, is an associate professor of biology and biomedical engineering at Rose-Hulman and executive director of the ExxonMobil camp. 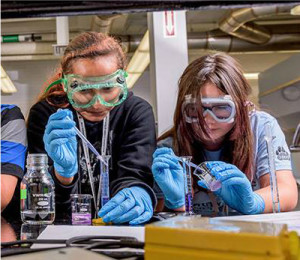 Savanah (left) with another camper in laboratory. Photo: Rose-Hulman

ExxonMobil Bernard Harris camps, of which there are 20 around the country, are provided free-of-charge to qualifying students. Harris visited the Rose-Hulman camp on Monday and stayed the entire morning, telling the students about his life, experiences in space and helping them with a “Mars Lander” project.

About Rose-Hulman Institute of Technology

Founded in 1874, Rose-Hulman Institute of Technology is dedicated to preparing its students with the world’s best undergraduate science, engineering, and mathematics education in an environment infused with innovation, intellectual rigor, and individualized attention. The college, located in Terre Haute, Indiana, has an enrollment of approximately 2,200 undergraduate students and 100 graduate students. A national survey of engineering department deans and senior faculty, conducted for U.S. News & World Report’s College Guide, has consistently ranked Rose-Hulman and its academic programs No. 1 in undergraduate engineering education. Six of the institute’s professors were featured in The Princeton Review’s Best 300 Professors book, the only institution of higher learning in Indiana to be featured. Learn more at www.rose-hulman.edu.