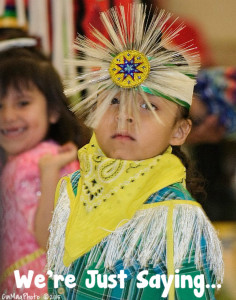 Introducing our New National News Round-Up, where we feature some of the leading news items in Indian Country that you should know about. This round-up is neither complete nor chronological.

Read on for the TOP 6 news stories that WE think that YOU should know about!

For news that’s more specific to LCE, check out our summary at: Top 5 News Stories You Don’t Want to Miss 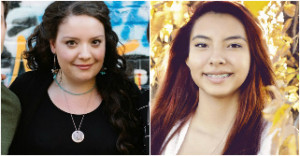 In the month of May the national press devoted a lot of ink to a series of youth suicides in the Pine Ridge Reservation, including a front page article in the New York Times about the crisis. On May 11, 2015 Maggie Dunne’s Letter to the Editor was published by the NY Times online and in the print edition.

The following week the NY Times published an Op Ed addressing potential causes of the suicides on Pine Ridge Reservation. Around the same time, the NY Times launched a competition for High School students to submit Letters to the Editor and we urged Youth Board members to give it a shot. Youth Board Vice Chair Summer Montileaux’s Letter to the Editor was selected by the NY Times for publication in the online and print editions on May 31, 2015! Summer’s Letter was one of 16 out of more than 1300 submissions selected for publication in the online edition and one of 5 included in the print edition of the  New York Times. 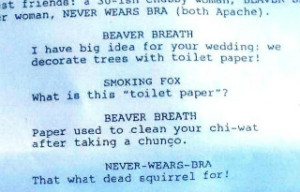 Adam Sandler’s Netflix film, “The Ridiculous Six,” set out to be a satirical comedy, but according to many, it crossed the line by insulting native women and elders, as well as misrepresenting Native American culture. When Navajo actors expressed their concerns, they were told by the production crew to just “get over it” because the film is a comedy and not intended to be disrespectful.  Regardless of the film’s “intentions,” it has caused a lot of upset and the actors walked off the set.  READ MORE here. 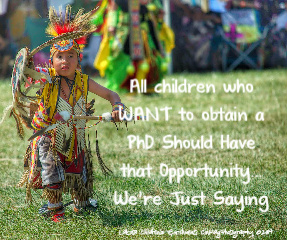 Arizona State University’s (ASU’s) PhD scholar program graduated TEN Pueblo Indians this year — the largest group of Native American doctoral graduates ever to receive degrees at one time. Studies have shown that only one out of 7,000 Native Americans who attend high school will go on to graduate with a doctorate. The Chronicle of Higher Education reported on PhD disparities for Native Americans in graduate education in 2014. Schools like ASU are stepping up their programs to try to close the educational gap, and to encourage more Native Americans to obtain doctoral degrees. From this year’s results, it appears to be working! 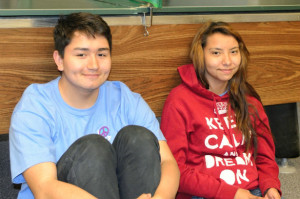 The first ever Tribal Youth Gathering will take place at the White House on July 9th! In order to earn an invitation, Native Youth (and nonprofits) had to take the Generation Indigenous Challenge — and THEN within 30 days run an  an event or program that affected their community in a positive way!  LCE Youth Board Members Summer Montileaux and Bobby Pourier both accepted the challenge and both were chosen to attend the Tribal Youth Gathering! LCE independently accepted the Challenge and LCE founder Maggie Dunne earned an invite, too!

We’re Just Saying: Bobby will already be in Washington in July, but Summer needs some help getting to the historic event; please support her trip if you can!  If Summer exceeds her goal, then additional funds will be applied towards youth-led programs on the Pine Ridge Reservation. 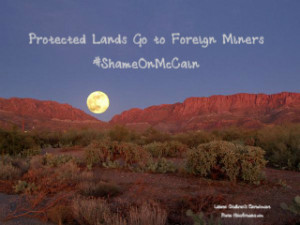 Members of the Apache tribe have camped out at Oak Flat in Arizona for over three months in an attempt to protect their holy land. Oak Flat, nearby Apache Leap and Devil’s Canyon are holy sites used for traditional celebrations and ceremonies, and have enjoyed government mandated protections since 1955.

In December, 2014, however, Congress authorized the transfer of the sacred grounds to a private, foreign-owned (British and Australian) mining company. Even in the context of the nation’s history of taking Native American lands, the manner of this land grab hit a new low — the legislation was quietly inserted as a rider to a must-pass Military spending bill (National Defense Authorization Act) at the very last moment — thereby avoiding public comments or scrutiny and un-noticed by those voting on the bill. The culprits?  Senators John McCain and Jeff Flake of Arizona. READ HERE to see how YOU can take action.

The RIGHT to VOTE? #NativeVotesMatter 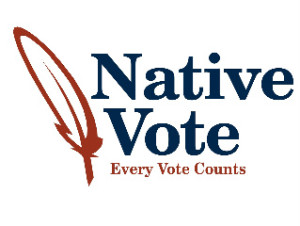 Today, many Native Americans must travel more than 100 miles to cast a vote in a state or federal election.  The residents of the Pine Ridge Reservation, a rural reservation that consists of remote communities with limited mass transportation and little infrastructure, have sued for full-service and accessible voting for all tribal residents. In response, the United States Department of Justice proposed to allow local tribal governments to decide upon the most convenient and practical polling locations in their communities. The lawsuit and the DOJ’s proposal are gridlocked, however, due to concerns over how to fund additional polling locations.

Read what the Huffington Post and Indian Country Today have to say on the topic.

We’re Just Saying:  The same government that doled out $37 million in housing benefits to the wrong people in 2014, and is about to spend $1 Billion to destroy $16 Billion of ammunition that it purchased but did not need or could not use, for some reason is concerned about spending money to install voting booths in extremely rural and impoverished locations — to ensure that America’s most marginalized population can exercise their Constitutional right to vote.  Some might think that federal and state officials don’t want the Native American vote to be counted.