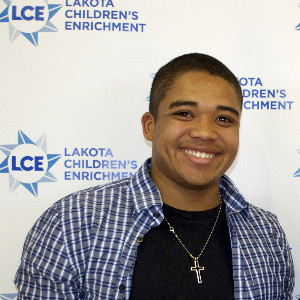 Villanova University Junior Keith Martinez, a Gates Millennium and Presidential Scholar from the Oglala Lakota Pine Ridge Reservation in South Dakota, was one of 58 students from across the nation named as a recipient of the Harry S. Truman Scholarship. Former Secretary of State Madeleine K. Albright, President of the Harry S. Truman Scholarship Foundation, announced the names of the 2015 Scholars – from 50 U.S. colleges and universities. The Truman Scholarship Foundation recognizes college juniors with exceptional leadership potential who are committed to making a difference through public service.

Keith grew up on and off the Pine Ridge Reservation in South Dakota and is an enrolled member of the Oglala Lakota Sioux tribe. Keith is a graduate of Scarsdale High School in NY, where he spent his last two years in the STEP program, an intensive college preparatory program for talented youth. Keith spent his first two years of High School at the Little Wound School in Kyle, SD. Keith is a junior at Villanova University.

Keith is Chair of the Youth Advisory Board for Lakota Children’s Enrichment, a nonprofit that empowers youth in his home community on the Pine Ridge Reservation. Keith has received numerous awards for his service with LCE: he was named South Dakota’s National Child Awareness Month Service Ambassador by Youth Service of America (2013-14); a Champion for Change by the Center for Native American Youth at the Aspen Institute (2014-15); and he is the recipient of a scholarship to the PPIA Summer Institute at Princeton University (2015). Keith frequently speaks about the power of education, seeking help and perseverance, and made his international speaking debut in the summer of 2014 at the Nexus Global Youth Summit at the United Nations. 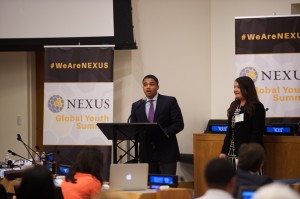 Keith said of the appointment: “I am officially a 2015 Truman Scholar representing Villanova, my family, and the Native American youth out there who have a dream. Everyday I remind myself why I do what I do. That is, to make the future brighter for the youth that I know can reach their potential. I want to take this time to say that I am extremely grateful for this opportunity, it has been quite the journey to get to where I am today — but my journey is not over, I look forward to the next chapter. I am glad to be in such amazing company at the Truman Foundation. I also want to take this time to say how extremely thankful I am for all those who support me and stand by my side everyday through the good times and the bad times. I want you all to know that this wouldn’t be possible without you and that words alone can not describe how truly grateful I am.”

LCE President Maggie Dunne said: “We are so proud of Keith for continuing to support his community, while also pursuing higher education at Villanova University.  I founded Lakota Children’s Enrichment almost seven years ago to elevate the voices of Native Youth, to encourage talented future leaders like Keith Martinez to set big goals, and to help open doors to make those dreams come true. Keith was LCE’s first youth advisor, and went on to Co-Found and Chair LCE’s Youth Advisory Board, a group that helps LCE shape its programs on the Reservation. The growing successes of the Youth Board members rising behind Keith are a testimony to the success of LCE’s collaborative approach working with the community to help youth reach their goals, and to the critical role that Keith serves by demonstrating by example that with hard work and focus, dreams can come true.”

About the Scarsdale STEP Program

The Scarsdale Transfer Education Program (“STEP”) is a two year college preparatory program for promising students of color (including those of Native American heritage) who may benefit from Scarsdale’s challenging academic environment. STEP prepares these students for positions of leadership and responsibility in their college years and beyond. Keith Martinez was the first representative from the Oglala Lakota on Pine Ridge Reservation to participate in the program. In the Fall of 2015, STEP will welcome LCE Youth Board Vice Chair Summer Montileaux to the program!

About the Truman Scholarship

The Truman Scholars were chosen by 17 independent selection panels on the basis of their academic and leadership accomplishments and their likelihood of becoming public service leaders. Selection panels met across the U.S. and included distinguished leaders, university presidents, elected officials, federal judges, prominent public servants, and past Truman Scholarship winners. The 2015 Truman Scholars will assemble in May for a leadership development program at William Jewell College in Liberty, Missouri, and receive their awards in a special ceremony at the Truman Library in Independence, Missouri.

Each new Truman Scholar receives up to $30,000 for graduate study. Scholars also receive priority admission and supplemental financial aid at some premier graduate institutions, leadership training, career and graduate school counseling, and special internship opportunities within the federal government. Recipients must be U.S. citizens, have outstanding leadership potential and communication skills, be in the top quarter of their class, and be committed to careers in government or the non-profit sector.