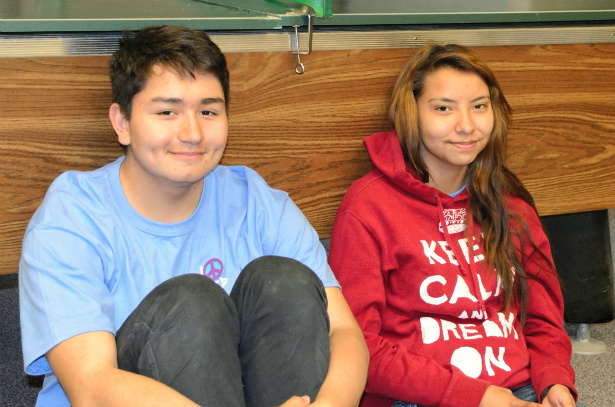 Bobby Pourier and Summer Montileaux at a Lakota Children’s Enrichment Youth Summit in 2014.

Summer Montileaux and Bobby Pourier, Founding members of Lakota Children’s Youth Advisory Board, a group of youth leaders committed to service on the Pine Ridge Reservation in South Dakota, were named to the newly-created 2015 Class of Youth Ambassadors by the Center for Native American Youth, at the Aspen Institute.

CNAY announced that it will work with the Youth Ambassadors “to support a broad network of young Native American leaders” who are “creating positive change in communities across the country.” Among other things, Youth Ambassadors participate in Generation Indigenous, a National Native Youth network launched by President Obama in December of 2014.

Both are Co-Founding members of Lakota Children’s Enrichment’s Youth Advisory Board… and they both seriously rock… seriously.

← Meet the 2015 ART Judges!
Irish and Native Americans: From the Rubble of Cultural Domination →