In addition to the High School Grand Prize winner Colton Sierra, Lakota Children’s Enrichment named three runners-up in the High School Category of its VOICES OF THE LAND Writing and Art Challenge: Summer Montileaux and Marcus Ruff, from the Red Cloud School; and Emily Janis from the Little Wound School (pictured below).

The entries of the High School Runners-Up are set forth below. 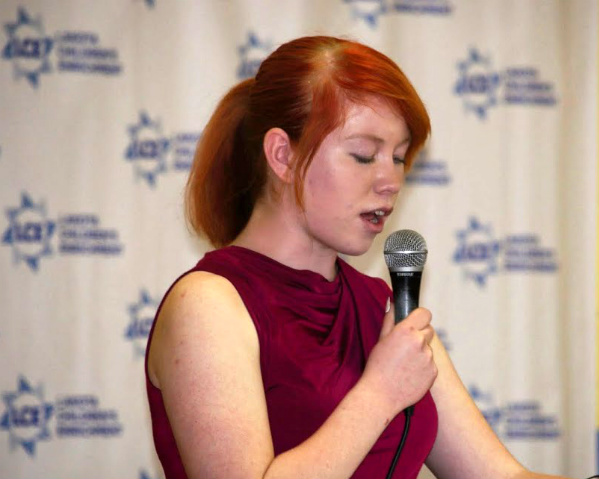 The ones left to be uncovered, that is,

Some of the sleeping bones

And we’re all breathing in the death filled dust.

But I’ve seen only a million errors to this single trial.

They didn’t realize that Rest In Peace,

Meant only for a little while.

As so many trees fall,

To let stand a single building.

And now the snake named Keystone is on the hunt,

And he’s hungry for the bones of my people.

Than the burial places of men, women, and children?

This land is full of beauty and hurt, don’t you see it?

From the soil to the highest building in the world.

The soil has history in it.

From the biggest genocide & freedom, to the wars and bloods of our warriors.

The genocide of the Native Americans left a mark on the United States.

It showed them that we are strong and will not back down and give in.

The trees have seen and felt the hurt of the races that have walked this earth.

The trees have felt the bullets and poison from the government.

The ground has felt the deerskin moccasins and bare feet of our warriors and from all the races of the world.

The water has waste, sewer, poison, and all other things that have damaged our ancestors and damaged almost everything they needed to survive.

Even though there has been more hurt to the earth than beauty, we can still see the beauty beneath the pain and dirt.

The soil was used to heal people and still is to this day.

There are roots and herbs that the earth produces for our medicine, and food.

I have seen good come from our people that take care of our earth, and I’ve see the beauty of this earth myself.

I’ve seen it when I went places and spent my hours outside,

I’ve seen this earth inside bottles and boxes and I’ve seen it in it’s natural place.

I’ve seen the land being burned.

I’ve seen it being torn apart.

And I’ve seen the people on this land being killed, hurt, mistreated, misguided, and living.

We’re the people of past, present, and the future.

Our ancestors blood is left in the dirt, their ways are being forgotten and taught.

Our ways are what the earth has become.

I’ve seen it all.

The text of Marcus Ruff’s Spoken Word entry is set forth below the video.

I awake in a heaven,

A heaven with streams of holy water

A land hugs the immaculate water

With its embrace, the water returns life

The life dances with the spirit of the wind

Tȟate, [the Spirit of the Wind ]

Time is an illusion

As long as the raindrops tell story as they fall

Looking for anything not of this realm

But things not of this realm are the gateway

A gateway through the passage of our minds

The land’s vibrance begins to fade

We descend into a new age

Bombs sound out to the West

I look to the North hoping to find a sanctuary

But all I see are blinking lights

and I inevitably progress forward into a new age of Golden Dawn.