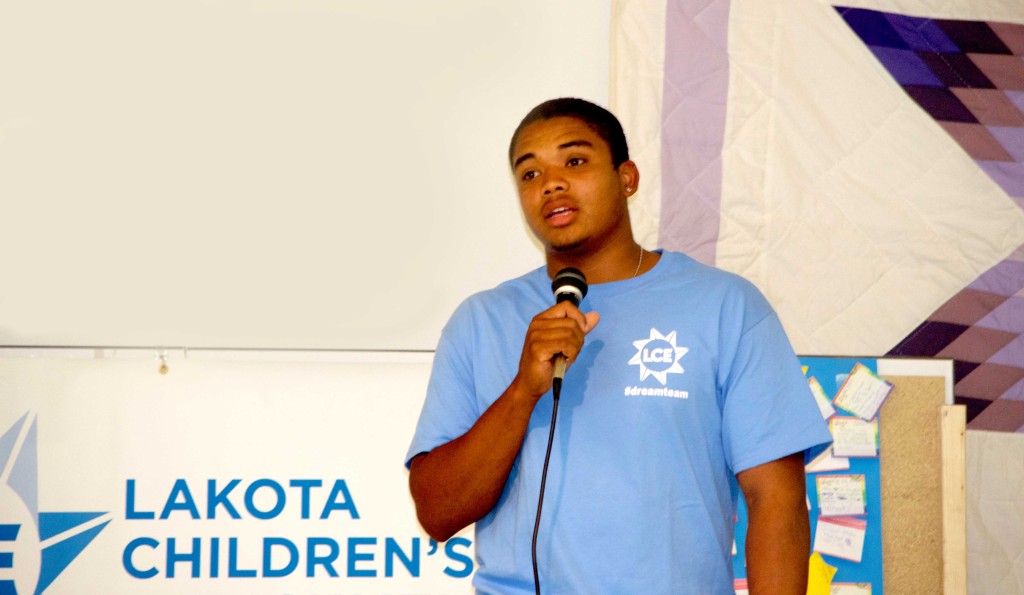 The Aspen Institute’s Center for Native American Youth (CNAY) announced today that Keith Martinez, Lakota Children Enrichment’s Youth Advisory Board Chair, has been named a Champion for Change, one of five young Native American leaders “who are creating positive change for their peers and tribal or urban Indian communities.”  Keith, along with four other honorees from across the nation, will be honored next week in Washington DC, where they will be congratulated by staff at the White House and meet with members of Congress, Senate, tribal leaders from the National Congress of American Indians and others. In addition, Keith and the other Champions will have the opportunity to speak publicly about their efforts to help their communities.

Earlier this year Keith was named South Dakota’s Service Ambassador for National Child Awareness Month by Youth Service America.  In connection with that program he won a $1,000 grant for Lakota Children’s Enrichment and he separately raised almost $1,000 more on his personal fundraising site.  Keith told the CNAY: “I want to see today’s youth go out into the world, motivate others, and gain an education to make a true difference in their communities.”

Lakota Children’s Enrichment President Maggie Dunne said: “This is just the beginning for Keith.  He has worked so hard to be a positive role model for his younger brothers and for everyone in the Pine Ridge community. It is great to see his efforts recognized on a national level — he seriously rocks!”

CNAY was founded by former US Senator Byron Dorgan, who served as Chair of the Senate Committee on Indian Affairs before his retirement from Senate.  CNAY is based in Washington DC and is dedicated to improving the health, safety and overall well-being of Native American youth through communication, policy development and advocacy.  CNAY’s Champions for Change program is modeled after the White House program, which honors inspirational role models.

You might be interested in watching Keith’s Video Message from LCE’s August 2013 Youth Summit or in visiting Keith’s personal Fundraising Page, where he is raising funds to support youth-led activities with LCE.