“As we work together to forge a brighter future for all Americans, we cannot ignore a history of mistreatment and destructive policies that have hurt tribal communities. The United States seeks to continue restoring and healing relations with Native Americans and to strengthen its partnership with tribal governments, for our more recent history demonstrates that tribal self-determination — the ability of tribal governments to determine how to build and sustain their own communities — is necessary for successful and prospering communities. We further recognize that restoring tribal lands through appropriate means helps foster tribal self-determination.”

Background
On June 26, 2013, President Barack Obama signed a Presidential Order creating the White House Council for Native American Affairs, a new Council designed to spark meaningful reconciliation with American Indian communities, through “government to government” collaboration.  The Order acknowledges that America’s dark and often neglected history must be faced, including the history of broken treaty and trust obligations with American Indian nations.  Additionally, the order supports tribal autonomy and the value of “restoring tribal lands through appropriate means… [to] foster tribal self determination.”
The White House Council will be comprised of delegates from each of the too many agencies that share a fraction of responsibility for American Indian affairs.  The Council’s mission, among other tasks, is to coordinate policies, identify priorities and centralize decision making, presumably creating a consistent and more equitable approach. The Council will be an intra-government advisory unit through which the agencies will share information, make recommendations to create a more efficient government, develop strategies to increase the impact of federal resources, create opportunities to improve the quality of life for under-resourced communities and employ means to involve American Indian communities in the decisions that impact their communities.
Is the Presidential Order a Good Thing for Indian Country? 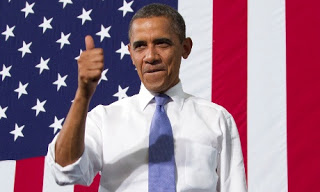 It has the potential to bring about systemic social change. Among other things, the Order defines a “national policy” of more effectively carrying out its trust responsibilities, promoting and sustaining prosperous and resilient tribal communities, incorporating  consultation with tribes into the process, honoring  treaties and recognizing tribes’ inherent sovereignty and right to self-government. The Order directs the Council to focus on ways to improve relations and communications with American Indians, to create a more equitable future where self-determination is respected and past wrongs are corrected. President Obama has done more to improve relations and to open dialogues with Native American communities than any other President and this Order demonstrates his personal commitment to change.

While many reactions and official statements have been positive, the naysayers, skeptics, and those who cannot believe it means anything more than more bureaucracy have appeared in the blogsphere. Some claim the process is disingenuous and/or will further delay any meaningful action.  Skeptics point out that those appointed to positions on the Council are not Native Americans (at least yet, although each agency head has the authority to delegate the position to a different employee to sit on the Council). Others speculate that the Council is nothing more than an empty promise, which will be broken like every other promise ever made by the US government to American Indians.

Considering the context of over a century of breached treaties, trust obligations and atrocities committed in the name of Manifest Destiny, forced removals of children, massacres of unarmed men and women which were taught as “battles,” and, more recently, the involuntary serialization of tribal women and the complete neglect of legal, trust and treaty obligations that have left some reservations without access to clean water, adequate housing, educational support or health care, the skepticism is understandable.

Progress and reconciliation, however, must start somewhere and this Presidential Order is a pretty decent start.

Although the Presidential Order does not create substantive rights, it puts the improvement of American Indian relations and the fulfillment of rights as “national policies” and specifically recognizes the importance of “restoring tribal lands through appropriate means,” for example.  As such, it may be used to support tribal requests for discretionary United States Government action to preserve and return sacred lands, or to support requests for fiscal appropriations supporting essential services. Although the Council does not have spending power, it has suasion, oversight authority and the ability to shape the way that money is being spent (or not spent) by the various agencies.

Although by no means a complete solution, the Order represents a significant and historic step: The President of the United States has directed his Administration to focus on the process of reconciliation, healing, improving the fractured system now in place, and the Council has the capacity to alter policies — to create a future that values Native American’s rights and operates in the spirit of collaboration and cooperation.  If this Presidential Order was only a “feel good” gesture, then it could have – and would have —  said much less.

Will change happen over night? Not likely, but the Council must be given an opportunity to do its potentially groundbreaking work.  The creation of the Native American Council forces the mainstream to at least periodically examine US Government action (and inaction) and, further, demonstrates that the President paid attention to the findings of the United Nations Human Rights findings of Joseph Anayla— this is a good thing.

At LCE, we give the Presidential Order Two Thumbs Up. 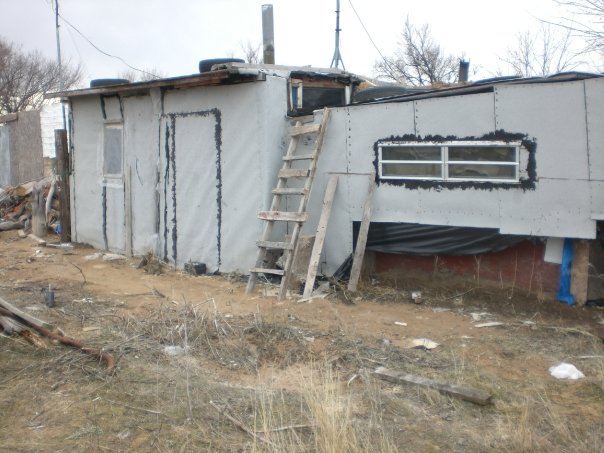 Although the federal government has treaty and trust obligations to provide the Lakota with housing, those obligations routinely are ignored.

← LIMITED EDITION SHIRTS: GET ONBOARD!
Be A Game Changer: Youth Summit 2013 →