Hello, world! My colleagues and I have the distinct honor of being LCE’s inaugural set of interns and we are all kinds of pumped to be guineapigging for one of the noblest nonprofit efforts around. We joined LCE this summer to be involved in something greater and more fulfilling than the menial office work that typically constitutes an internship position. Playing even a small part in the process of mending centuries of inequities is no simple task, and that very daunting scope is what makes LCE such an ambitious project.

The Pine Ridge Reservation is a population of approximately 40,000, and many are living in conditions that rival the traditional developing world. I didn’t even know that these kinds of conditions existed in the USA until I started working at LCE, and in this cluelessness I’m sure I was not alone. That’s where we come in – we the interns are looking for ways to educate and connect folks, change minds and foster caring, and to inspire the public to lend a hand to native communities that need the strength of a large number of voices supporting their call for social change.
At LCE we call it the process of educating the public or learning; recognizing the importance of creating a more equitable world for our nation’s first residents or caring; and caring enough to take action, hence the message you will see everywhere in LCE’s materials: “Learn. Care. Act.”
And now, without further ado… the interns: 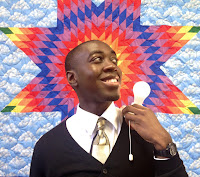 Rodney Agnantis an activist who is amazed by the power of words and how they can impact the world. In the Spring of 2013, Rodney learned about the challenges facing Native Americans on Pine Ridge Reservation through an awareness event produced by LCE. Hearing the “insightful testimony of Lakota activist and Pine Ridge resident Inila-Wakan Janis” opened Rodney’s eyes to the reservation’s conditions and “called him to join the fight to make a difference.” Rodney’s primary role is to help organize LCE’s first Youth Summit, an event which will be led by LCE’s first Youth Advisory Board, a group of young leaders dedicated to helping their community grow. Finding ways to promote this event is important and will get the word out there for everyone to see. Rodney can look to have branded polo shirts from websites like https://imprint.com/shop/custom-apparel/polos which can also be worn at the event by the staff and any volunteers, it can show professionalism and care for what the Youth Summit is all about. Since he started, though, LCE has discovered that Rodney has many talents and so he has become involved in most of the daily operations and wears many figurative hats.

Wedding Plans: Someday, Rodney would like to be married by Morgan Freeman, because “who better to do my wedding than the voice of God himself?” That’s a direct quote. 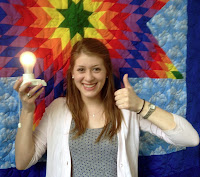 Maggie Callan a rising junior at Colgate University studying English and Film/Media. She learned about Lakota Children’s Enrichment through Maggie Dunne, and her enthusiasm for stories and children’s education brought her to the intern team for Summer 2013. Maggie C says “As an integral part of the American legacy, it’s crucial for the Lakota story to reach a wider audience and for the issues facing the communities to become part of a common cause.” Maggie C believes that “by promoting literacy and self-esteem in the children on the Pine Ridge Reservation, the Lakota people can thrive and continue to better their community.”

Miscellaneous Fact: Maggie says she’d like to be married by none other than Albus Dumbledore, because “he’d say something really insightful, do some rad magic, and generally make the entire day magnificent.” Good pick, Maggie. Good pick. 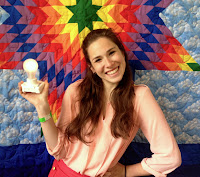 Mimi Chelimsky became aware of the social injustices on the Lakota Pine Ridge Reservation through her sorority sister, LCE Founder Maggie Dunne, whose devotion to public service inspired and motivated Mimi to work with her this summer. Mimi is an all around multi-talented asset, who works on almost every aspect of daily operations. Among many other things, Mimi has put together an effect tool kit, or “how to” guide for schools, so that more youth can become involved and form their own student chapters. LCE wants to mobilize the rising generation to join in the movement calling for an end to the social injustices facing native communities and Mimi is putting together a package to make it easy to get involved. Mimi is a rising senior at Colgate University preparing to write her Honors History Thesis.

Strange Fact: When Mimi wins her first championship, she would like her victory song to be “Zombie Nation,” out of her love for the Bruins (the Boston Bruins, they’re a hockey team). When asked what championship she might win, Mimi said “I have never won a championship and I haven’t competed in anything since figure skating, but when I do win a championship or something of that caliber I will play that song and dance like a crazy person. Also here is hoping the Bruins win that Stanley Cup.” Ahem, we hate to be the bearer of bad news… 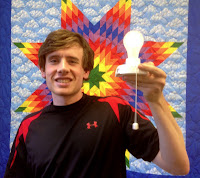 Sean Dunne is a recent graduate of Oberlin College and has served for several years as LCE’s Assistant Chief Heavy Lifter, packaging and hauling the thousands of pounds of books and other shipments to the Post Office. Sean majored in Politics and although he is interested in world affairs and passionate about the protection of the environment, he does not want to enter the world of Politics. While Sean continues to look for a job that pays in a field yet unspecified, he offered to work more full time than usual for LCE this summer. Sean will be tracking LCE’s inventory and impact while also doing research. Sean is a distance runner, and you can often see him running barefoot through the trails, parks and roads surrounding our office, although occasionally, he has been known to wear Vibram Five Finger shoes. Sean is a frequent participant in NYRR races in Central Park, and aspires to win one of those races one day and bring home the turkey bacon.

Miscellaneous Fact: Sean possesses the rare gift of encyclopedic memory; the guy’s a walking library! He’ll remember your own name faster than you can while running past you, and you will feel inadequate. When Sean is around, who needs google? 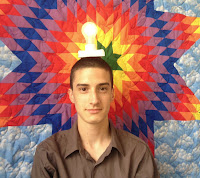 Chris Manfugas is a third-year writing/music student at Sarah Lawrence College. After two years of liberal arts miscellanea that did no one any real good, he took a blogging position with Lakota Children’s Enrichment. Under the guidance of Colgate alum and nonprofit hero Maggie Dunne, he hopes to lend a critical eye to the betterment of struggling tribal nations protractedly denied due respect. His primary assignment is to empower and inform the public, by debunking stereotypes and misconceptions found in media and publications. Chris says “the children deserve far better than a bigoted media machine that regards them as cartoon characters. I look forward to battling that nonsense one picture book at a time, and I’m thrilled to be doing so.” You can look forward to blog posts from Chris in our newly launched series entitled “Reservations About Books.”

Curious Fact: Chris would like to hire Foghorn Leghorn to officiate his wedding some day, “because that’d be hilarious.”

Keith Martinez is a rising Sophomore at Villanova University, where he is a Gates Millennium Scholar and a Presidential Scholar. Keith is our guy on the ground on Pine Ridge this summer he will be taking a leading role at our First Youth Summit. Keith also is taking the lead with our newly formed Youth Advisory Board and will serve as the Chair of that Board. Keith is an all around inspirational super star who spent many years on Pine Ridge Reservation. We wrote about him last year! http://lakotakids.blogspot.com/2012/07/profile-from-pine-ridge-keith-martinez.html

Keith wants to be a part of LCE because he wants to help create change for both the young and old on the reservation. He believes “if we can make change with the youth, only then will we improve the community.”
Miscellaneous Fact: When he wins his first of many championship games he wants to hear “Started from the Bottom” by Drake blasting over the speakers. Keith says its his favorite song and it motivates him every time he hears it. Keith says “I feel like this song illustrates a lot about me… Besides, who doesn’t love a great song?” We LOVE Keith’s optimism, it makes him a great fit for team LCE! 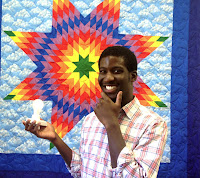 Marvin Vilma is a rising senior at Colgate University, a social activist and an event planner. Marvin is majoring in Sociology and French and hopes to pursue a Master degree in French literature; he wants to teach French at the secondary school level while also pursuing a career in event planning through his company, MKV Event Design. In his free time Marvin enjoys playing the piano, stepping, dancing, watching movies and learning different languages. He does not believe in dull moments and is always learning more about the world by furthering the work of fellow activists, like Ms. Dunne. Marvin is planning some events for LCE, so stay tuned!

Miscellaneous Fact: Marvin’s dreamcloud wedding would be officiated by Johnny Depp, with a very popping reception hosted by Jay Gatsby. But only if Depp apologizes for The Lone Ranger.
Share