by Cindy Dunne and Nora Steinman 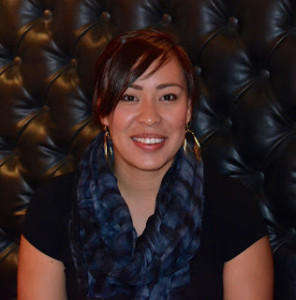 Sunny Clifford, a 27-year old Oglala Lakota feminist from the Pine Ridge Reservation, was thrust into the national spotlight as a result of her activism on behalf of women living on rural American Indian reservations. Sunny was part of a coalition of reproductive health activists working to bring Plan B to reservations, spearheaded by Charon Asetoyer of the Native American Women’s Health Education Resource Center.
On May 13, 2013, in New York City at Cipriani, in the company of some of the world’s most accomplished women, Sunny was honored by the Ms. Foundation with a “Gloria Award” (named for the legendary Gloria Steinem).  We met up with Sunny in New York City the following day, to hear her views on reservation life and helping the youth of Pine Ridge.

Exactly what did Sunny do to earn national recognition?

Sunny demanded equal access to emergency contraception — Plan B morning after pills — for women living on rural American Indian Reservations. These pills, which were available as over-the-counter medications in pharmacies across America, were only available on Reservations with a written prescription from a qualified medical representative at an Indian Health Services Medical Clinic.Considering the IHS estimates that its clinics are approximately 48% underfunded, finding a qualified medical representative within a reasonable distance who was able to write a prescription often put an unreasonable burden on women who sought the emergency contraception.  Sunny argued that because of the unnecessary and burdensome restrictions imposed on American Indian women, effectively, they were being deprived of access to the medication.

Sunny’s actions, petition, advocacy and conviction to the cause, not only brought this important inequity to the attention of national women’s organizations, but also resulted in the IHS changing its policy.  Now, because of Sunny Clifford and the public support that she triggered, Plan B emergency contraception is available to women living on rural reservations, without a prescription from a medical provider.

What is Sunny’s background?

Sunny grew up in the community of Kyle on the Pine Ridge Reservation, one of eight siblings. Sunny attended off-Reservation boarding schools for High School, and ultimately earned a Bachelor’s Degree in Literature and  Communications from the Oglala Lakota College.
Getting through school was not easy, she said she “dropped out of High School and college several times,” but she kept going back to school.   With drop out rates at some Reservation schools exceeding 60%, we asked Sunny what motivated her to keep returning, and she said:  “I believed that an education might provide me with opportunities, so I kept on going back to school.”  Sunny lives in California now because her husband is in the Marines, stationed on the West Coast, but they both plan to return to Pine Ridge in a few years.

“I am concerned about low self-esteem among many girls living on Pine Ridge and on other rural reservations,” she says “they do not believe in themselves.”  Low self-esteem is a problem Sunny personally is familiar with, as she explained, she was once in an abusive relationship.  She attributes her tolerance of the relationship to her own low self-esteem, “I did not believe that I deserved any better.”

How to stop the violence?

“The key to reaching young people — keeping them in school and helping them feel good about themselves — is through the schools.”  With regard to the high crime rates facing Native American women (1 of 3 will be raped and Native American women are 10 times more likely to be murdered than any other ethnic group), she said: “Young people need to learn about violence and rape at school, and they need to understand that violence is not acceptable.”Referencing Martin Luther King, Jr., Sunny said she agrees with the often quoted phrase “violence begets violence.”  “Instead of teaching women to defend themselves,” she said, “how about educating men not to overpower the women? How about teaching men that ‘no’ means ‘no.’  How about teaching teens that there are consequences for violent assaults?  How about inspiring girls to believe in themselves?”

Who inspires the inspirational Sunny?

In addition to her twin sister, Sunny is inspired by Cecilia Fire Thunder, the first woman ever elected President of the Oglala Lakota Tribe.  Sunny explained that Cecilia was impeached by the Tribal Council for saying that if the State of South Dakota passed proposed legislation to ban abortion clinics throughout the state (legislation they ultimately did not pass), then she would build women’s clinics on the Pine Ridge Reservation. “Cecilia inspires me because she is true to herself and her values,” Sunny said, “Cecilia does not let criticism bother her, she forgives her opponents, treats them respectfully and even continues to work alongside them.”

Where does Sunny want to be in 5 years?

“Running a program for Native Women that helps address low self-esteem in the community… I want Native women to believe their voices matter, to believe in themselves, and their ability to bring about change.”

Where does Sunny want to be 10 years from now?

Want to learn more about Sunny?

Sunny is featured in a documentary, Young Lakota, about the struggle for reproductive justice on the Pine Ridge Reservation and in South Dakota. Young Lakota will be broadcast nationally on PBS Independent Lens in November, 2013.

“Well, now that I have met the most amazing Gloria Steinem (and all the other women at the Ms. Foundation gala), I would really like to meet Oprah.” 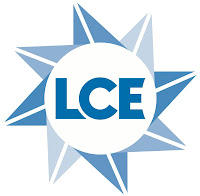