Poverty in Our Backyard 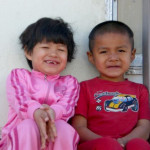 Attached is the text of a commentary by Lakota Children’s Enrichment Founder, Maggie Dunne, urging former President Clinton not to overlook American Indian communities when speaking about domestic poverty.  The Hyperlink to the original published article has expired. Attached below is a pdf version of the original article and the text is set forth below.
Please note that the average life spans were erroneously edited in the online edition to read as “mortality rates” and the caption under the photograph on the online edition are not the views of the author.

Poverty in Our Backyard

by Maggie Dunne
Published: Thursday, December 2, 2010
Colgate Maroon News
The Clinton Foundation has done remarkable work at home and abroad, and has made huge strides towards making the world a better place for those less fortunate. President Clinton remains one of only a few United States Presidents to ever visit the Pine Ridge Reservation in South Dakota, home to the Oglala Lakota tribe, a community where I have worked over the last four years. Reportedly, the former President was moved by the poverty he observed there and his staff was shocked to find the community without a reliable means for communication. Consistent with his giving nature, President Clinton arranged for the installation of a phone service that allows the Lakota to communicate with one another for a nominal fee, following his visit to Pine Ridge.
I have spent a lot of time on the Pine Ridge Reservation and I repeatedly find myself shocked that such conditions exist in our country. When I first visited the Reservation I pledged to never forget about the Oglala Lakota. In his October 29, 2010 speech at Colgate University, addressing his work in Haiti, former President Clinton distinguished poverty in Haiti from poverty in America, in part, because all Americans have access to an infrastructure and essential services that can enable them to rise above poverty.
This sweeping statement about domestic poverty, which was meant to justify and explain his great commitment abroad, is not true with regard to many American Indian communities.
Similar to many parts of the “developing world,” in South Dakota the Oglala Lakota tribe still lacks essential services in almost every aspect of life. The Reservation, roughly the size of the state of Connecticut, has unpaved and inaccessible roads, extremely limited mass transportation options, inconsistent access to water, underfunded schools, medical clinics operating on shoestring budgets and unemployment hovering around 80 percent, among many other issues. The Lakota have survived and maintained their traditions, against all odds.
When the federal government unilaterally displaced the Lakota, took their sacred lands, took their natural resources and then ousted them from the Black Hills (upon the discovery of gold), it agreed to provide housing, education and health care into the future. As anyone who has spent any time on Pine Ridge knows, the cumulative impact from over a century of government failure in all three of these areas is mind-boggling. The complete inadequacy of the conditions on Pine Ridge is perhaps best evidenced by the Lakota’s reported average life span of 48 for males and approximately 52 for females, second lowest only to Haiti in the Western Hemisphere.
The extreme conditions on Pine Ridge have been cited repeatedly by the United Nations, which in its most recent report in 2010, “Rethinking Poverty” again found Pine Ridge one of the most marginalized and impoverished indigenous communities in the world, with an infant mortality rate as high as some areas of the “developing world.” This is a dubious distinction for a community located in the richest country of the world, one that should have made headlines and one that should be a source of considerable embarrassment for our wealthy nation. It is a finding that should not be overlooked or forgotten by current or former Presidents – it is a finding that all Americans must face.
I applaud President Clinton’s work abroad. As an advocate for poverty alleviation who has access to large audiences, however, I hope that in the future he acknowledges that extreme poverty exists in our own country and that he does not forget about the Oglala Lakota and other communities facing similar obstacles to advancement. If the Oglala Lakota are going to cross the poverty line it will happen, in part, because an educated public no longer permits our nation to turn a blind eye to its own treatment of its indigenous people. The same basic notions of fairness that morally compel us to provide assistance to the “developing world” also compel us to address the injustices in our own nation.
Share

← Thank You To Our Fans For a Successful Coat & Boot Drive!
Second Annual Fill A Backpack Drive!! →